The group is principally interested in the discovery, development and study of new synthetic methods to attain high structural and functional complexity. These methods mainly span within the areas of transition metal catalysis, and, more recently, bio-inspired asymmetric catalysis. At the core of our research is the will to provide innovative, efficient but also multivalent tools for natural product synthesis and drug discovery. 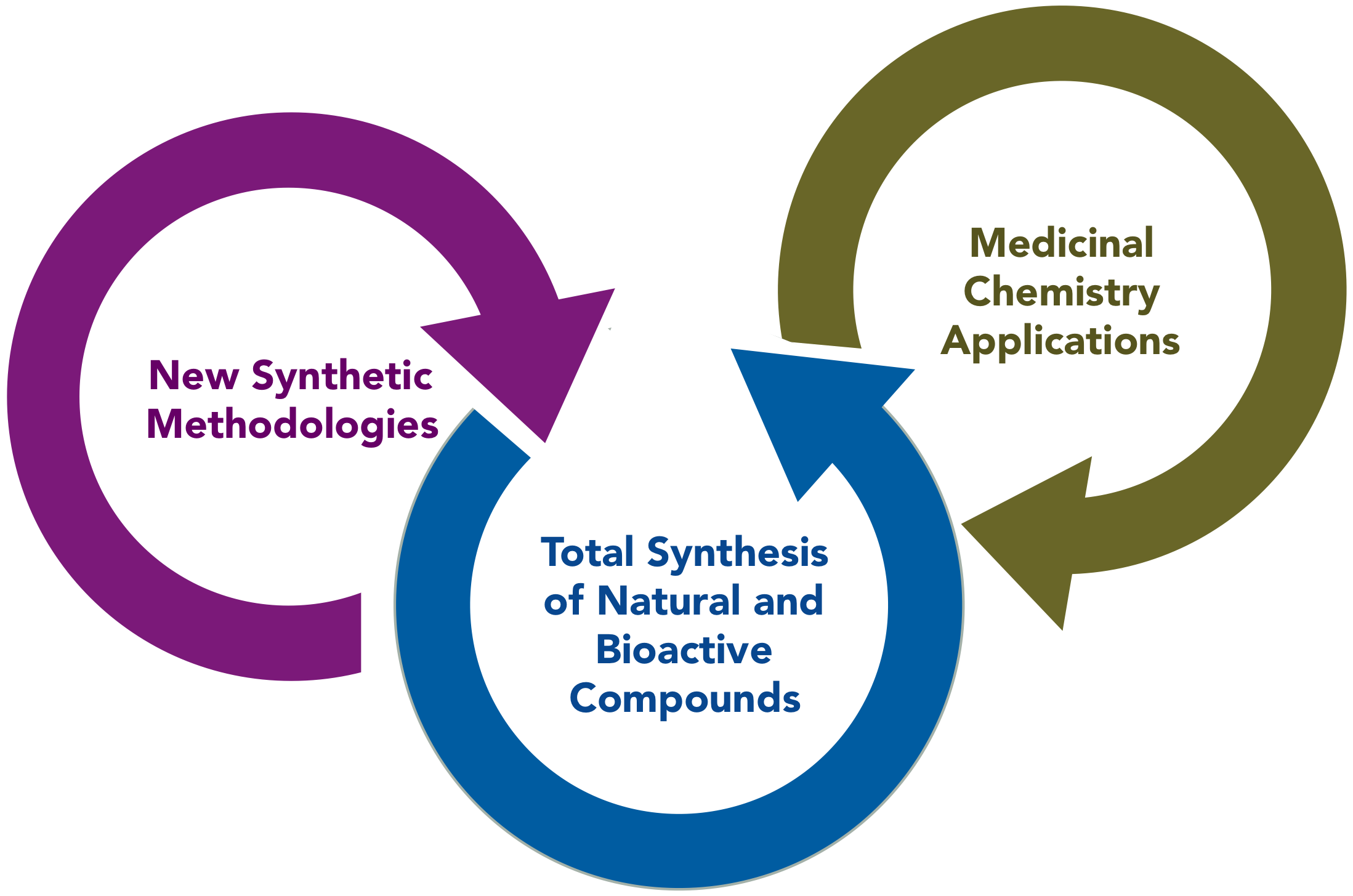 The development of new transition metal-catalyzed transformations has been at the center of our research for the past decade and extends to a plethora of methodologies. Today, we’re particularly focused on asymmetric metal-catalysed allylic alkylation processes, as well as various enantioselective copper- and scandium-catalysed cascade reactions and some rhodium-catalysed C-H activation methods. Although the applicability of these research topics can seem widespread, they’re all carried out with a common mindset: taking advantage of a unique reactivity pattern to tackle synthetic challenges with a special emphasis given to reactivity and selectivity.

Bio-inspired asymmetric catalysis, which lies in taking advantage of the inherent chirality of biomolecule, has recently emerged as an attractive tool for synthetic purposes. Remarkably, most of these catalysts involve the use of proteins as chiral supports and it was only ten years ago that oligonucleotides have made their appearance in the context of asymmetric catalysis. Over the past decade, an ever-growing number of catalytic processes taking advantage of the chirality of DNA have been developed. Our group joined the field with the goal of making DNA-based asymmetric catalysis synthetically appealing. This endeavor implies the division of our work into two intertwined topics: the development of new catalytic processes, going from Lewis acid catalysis to photoinduced transformations, and the exploration of the vast structural diversity of oligonucleotides for known catalytic transformations. We believe that moving on both of these fronts is essential to create a room for DNA-based asymmetric catalysis in a routine synthetic toolbox and have an impact on both the academic and industrial community.